A gamer shouldn’t be limited to a console just to get a game displayed on the TV. What about your favorite games on your smartphone or tablet? Some games, such as the Nintendo Switch, feature both mobile handheld gameplay and console game play.

Now there is an easy way to wirelessly “screen mirror” your mobile game on to your TV. This is also called wireless display. The good news is you can now bring your mobile games like Oceanhorn, Monster Hunter Stories, Panther Online, or Clash of Clans to life up on a big screen.

Most Samsung phones and other Android devices (4.2+) have a screen mirroring technology already built into them called Miracast. You won’t need to download an app. Devices with Windows (8.1+) also are typically equipped with Miracast.

To wirelessly display games from your mobile device to a TV you’ll need two things: 1] a “Miracast” enabled device, and 2] a wireless display adapter, like the ScreenBeam Mini2. Displaying your mobile screen to the TV then couldn’t be easier. Here’s how:

Apple devices are designed to be exclusively compatible with specific products. For that reason, the easiest way to wirelessly share your iPhone or iPad to your TV is through an Apple TV. After setting up the Apple TV, screen sharing is as simple as selecting the screen mirroring icon in the Control Center and selecting Apple TV. 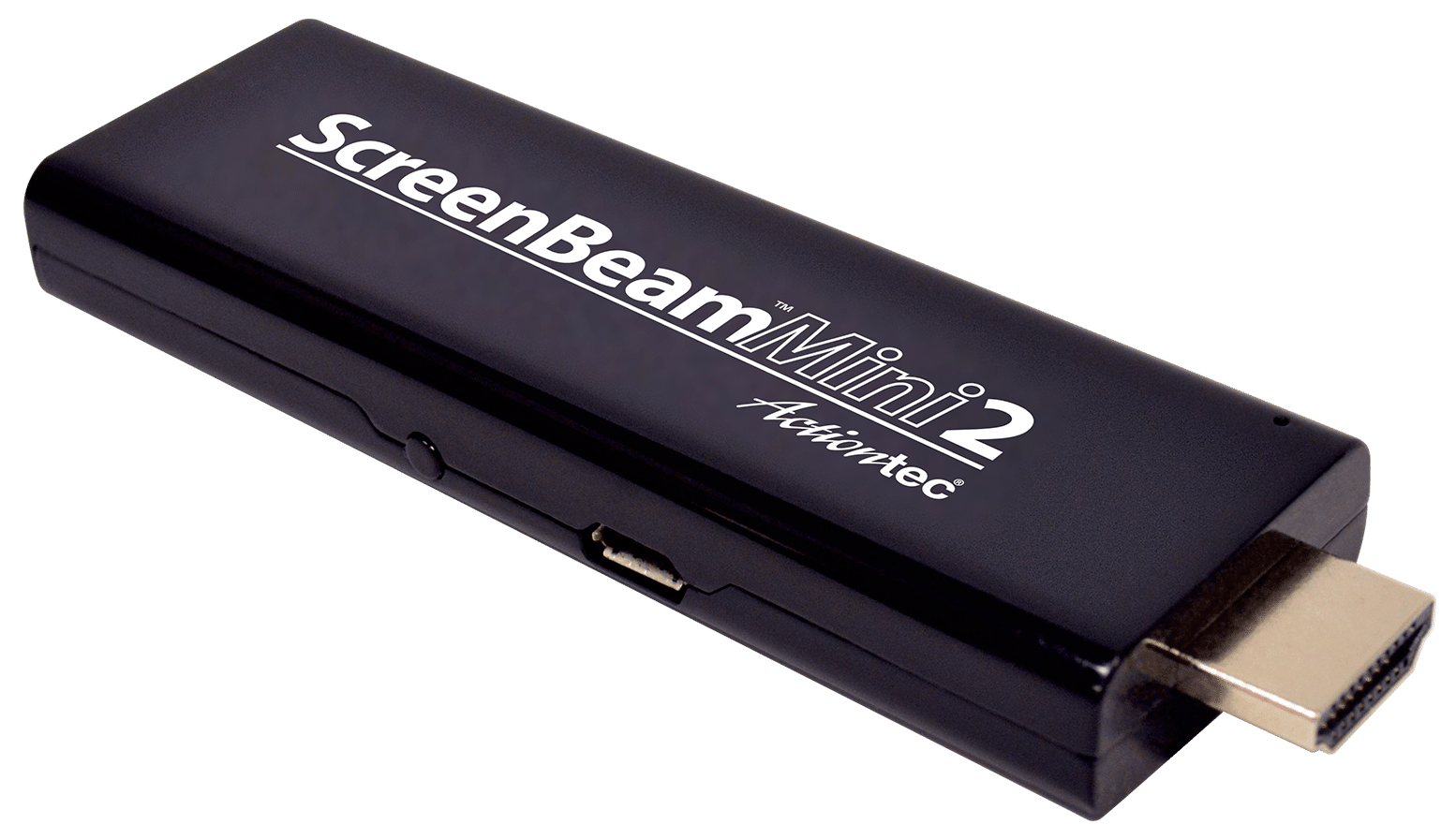